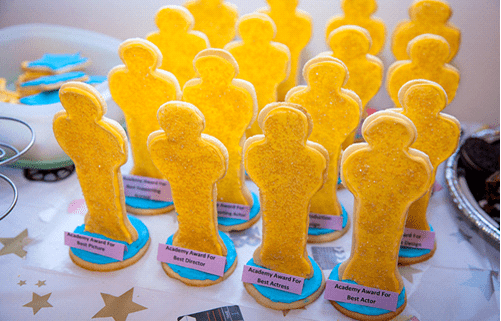 Normally we don’t like to gush, but as we’re still in the awards season we thought it was OK, you know, just this once… And if there was ever an Oscar for ‘Transforming Sticky Labels into an Art Form’ (you mean there isn’t?) in our opinion a rather unique manufacturing company we work with would simply run away with it.

This ‘Oscar nominated’ client of ours had a good laugh at an email I sent to their CEO last week following on from a programme we’d designed and run with his Global Operations Team, ‘Last week was so good, to be honest I didn’t expect to come out of 3 days with a roomful of engineers in a football ground feeling quite so joyful!’

But it was true and it was something to keep us amused across the time zones – a smile to start and end our respective days.

Normally known for his risk-taking, swash-buckling approach to change, when he came into post as CEO about a year and a half ago, his initial thinking was that perhaps he should take more of a ‘softly-softly’ approach this time round. But, true to form his infectious impatience surfaced after about two months in and adventure beckoned. And so the Oscar winning performance began and here we are on this marvellous journey with him and his teams, driving change and realising his vision of ‘brilliance in everything we do’.

It all began last June in California, followed by other events in Norwich (yes, an interesting and unlikely combination of locations for a global leader – each with their own unique attractions) Nine months later this Leadership Group has become a force to be reckoned with, positive change is evident on both sides of the pond and the company is beginning to reap the rewards of a re-empowered culture.

Which is why we found ourselves at a football ground with the Global Operations Team, engineering types for whom logic, methodology and Gantt charts are the normal order of the day. So, what did we do? We decided to introduce them to world of tarot cards (not the real version), ‘concentric circles’, ‘table talk’ and ‘walking the gauntlet’ amongst other things – we shared a whole variety of interactive creativity with them which we guessed they would either love or hate. Luckily they loved it – helped by the fact that it all led to well analysed, problem solving action plans driven entirely by a focus on their customers’ needs and desires. A ‘sense of urgency’ had come into the room, and later the next day, it went onto the shop floor with an inspired company wide brief worthy of any award!

“An adrenaline fuelled whirlwind that physically and mentally challenged me and has give me a new perspective on what can be achieved. I may never be the same again.”

“It was a pleasure and an eye-opening experience – I came away with a completely new outlook and direction – outstanding!”

They say there’s always a reward when you put in the hard work and ours is working with them again next month, kicking off this time in San Francisco – roll out the red carpet.

Finally, in the spirit of a bit of shared humour and irreverence (it’s what makes us tick) how about this for an alternative take on the Oscars 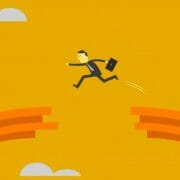