Flash Mobs the Maier way; shake it, sort it

People talk about engagement all the time – however, as with most things worth the effort; it’s not easily achieved and even trickier to sustain especially when it comes to sharing and interpreting the ‘big ideas’. So, we had a think and a bit of a chat with the team at Prostate Cancer UK (amazing organisation, take a look www.prostatecanceruk.org) and came up with FLASH MOBS.

But, forget break out dance troops (nice idea but there’s a limit to what even we can get top teams to do!) No, this involved creating a completely new way of working, a super-quick, two-day way to tackle things like:

Flash mobs aren’t about adding to workloads, they’re temporary generators of momentum that require a bit of focused thinking and enough autonomy to make quick decisions – with the proviso that everyone visibly works with difference.

In the case of PCUK a small, but perfectly formed Maier team set up camp in their head office and met with chosen co-ordinators and small ‘flash-mob teams’ – each with a target project and a limited time to turn things around – then they hit the floor and went to work.

The impact was almost instant, with animated group ‘huddles’, five-minute 1:1s, ad hoc group debates, email surveys on the go and videos – the atmosphere was electric.

Although a bit unsettling initially and very challenging throughout, part of the flash mob success was that we didn’t give the teams much prior notice – in fact, hardly any at all. We wanted a very different mind-set, teams had to be super flexible with the ability to respond and react at pace and communicate nonstop – the opposite to the meetings-driven culture PCUK want to avoid.

Here’s a little sample of what they got up to…

The first Prostate Cancer UK ‘Flash Mob’ has entered the building and already we’re making an impact. Although for most it’s quite a strange way of working (at least to start with), thinking on your feet (quite literally) is a pretty good way of getting things done. Salma described it as a ‘fresh and young’ way of working and ‘being comfortable with the uncomfortable’. Ellie thought it was ‘open and exciting’.

The focus of this ‘Flash Mob’ is to create a brilliant all staff away day and rather than let a small group of people shape something that affects all staff, we want everyone to get involved. So, here’s what we want you to do:

At the ‘hub’ of things we provided much needed injections of energy when spirits were flagging as well as collating information, working on those dynamic ‘newsflashes’ and keeping everyone up to date with a sense of ‘real-time’ action and achievement. Even if you weren’t in the office that day, you knew exactly what was going on and what the outcomes where. In fact, one of the Exec team was at a series of external meetings and found himself nipping out to look for the next instalment. Regional personnel were involved too, creating ‘flash-mob pockets’ of their own all feeding back to our central point.

Outputs have been impressive, as has the sense of achievement and involvement across the whole organisation. Although the flash mobs were a bit like temporary ‘agents provocateurs’ in their bid to ‘move things on and see results’ the outcomes have been anything but temporary.

Every flash mob has completed and communicated a series of actions, and whilst there is still work to do, everyone is aware of what stage it’s at and what still has to be actioned or developed. This is no mean feat when a lot of what we’re really talking about are quality and styles of leadership, organisational behaviours and the feeling that your opinion truly counts.

Our thanks and respect go to Ben, communications guru at PCUK, who worked with all the mobs to get news flashes out, helping to share the story and keep us all in the picture.

Obviously, it’s not something we’re suggesting you can do everyday, or even every week. But having taken the ‘flash-mob leap’ the Prostate Cancer UK team now have a way to quickly zone in on unfinished business, gauge understanding and perhaps most importantly access people from across the organisation who have some real gems of ideas to share.

We’ll be ‘flash-mobbing’ again soon with a couple of clients already keen to give it a try – it’s all about shaking things up and sorting things out. 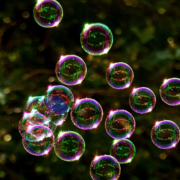 Power to us all – Working Women